Another report of police brutality in San Ignacio Town 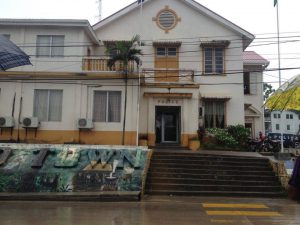 By BBN Staff: There is a disturbing report of police brutality in San Ignacio, Cayo.

According to reports, a 20 year old driver accompanied by his brothers – 18, a minor 13, and some employees were returning from delivering items in San Ignacio Town.

They met a checkpoint at the new San Ignacio/ Santa Elena bypass where the officer noticed that the vehicle’s license expired in July. The officer proceeded to issue a ticket and the driver reportedly called his office to inform them of the traffic violation.

The officer got upset because the driver made the call and started to curse him to cut the conversation on the phone. When the driver did not quit the call, the officer proceeded to punch him on the face.

After punching the driver, the minor asked to stop the abuse and the officer allegedly turned around to the minor and threatened to shoot him with his gun.

BBN understands that the driver has made an official police report and the medico form classified the injuries as wounding.