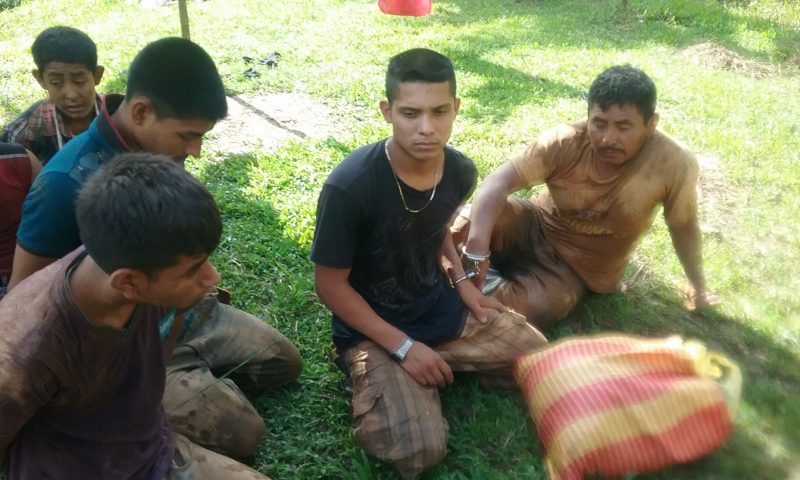 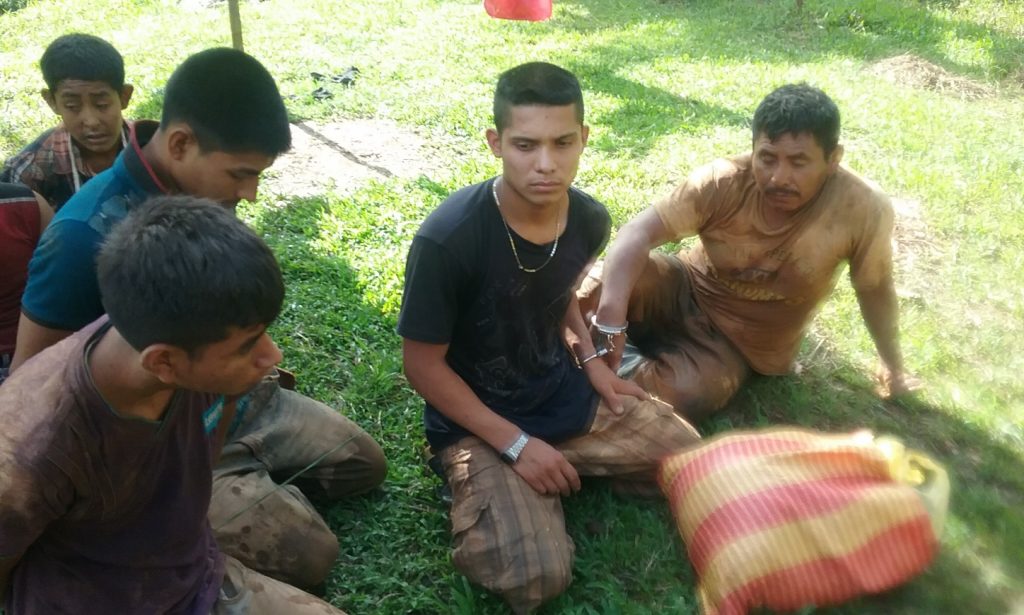 According to a press release from FCD, the patrol unit detected human activity due to the sound of voices coming out from a camp located nearby the Ceibo Chico Creek.

When the patrol unit approached the camp, they observed four men inside a pit digging while two other persons were carrying water on small containers.

The water is used to sieve the earth coming out from the pit, as it separate the gold deposits.

The patrol unit discovered two camps in the area and found clothes, food items, machetes and a homemade shotgun hidden under their clothes.

The gold panners were detained approximately 8 kilometers inside Belize in the Chiquibul National Park. They were then escorted to the Ceibo Chico Conservation Post and onwards on foot to Millonario.

According to the FCD, extracting anyone from the deepest region of the Chiquibul National Park is an arduous task due to the lack of transportation in the area.

At 8:15 a.m. today, they were handed over to the San Ignacio Police.

The six gold panners will be charged for illegal entry, mineral extraction without a permit, and defacing a protected area.