BREAKING: Does the Audit Report on Ministry of Works reveal another hotbed of corruption??? 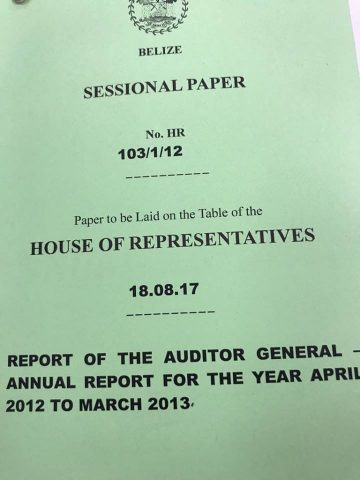 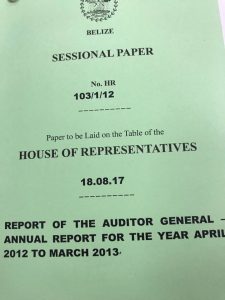 By BBN Staff: BBN has obtained a copy of the Auditor General’s Report on the Ministry of Works for the period April 2012 to March 2013 and it is wrought with irregularities.

The Report is still being perused by our reporters but, just like the recent Audit Reports on the Immigration and Nationality Department, the observations made by the Auditor General on the Ministry of Works are mindboggling.

More blatantly, and apart from smaller sums received, one Bernz Mendez, former Accountant for the BMDC, received two (2) checks, one for $80,040.81 in financial year 2010/2011 and another for $30,370.38 in financial year 2011/2012. Together these two (2) checks total $110,411.19 and the records indicate that they were issued for “financial assistance, donations, stipend, assisting with Christmas tournament, purchasing of football gears…” Mendez provided a telephone number to the Auditors but according to the Report, “Audit made several attempts to contact Mr. Mendez but was unsuccessful as he did not answer his phone”.

The Report also made reference to specific situations where items bought by the Ministry of Works was done at more expensive prices than regular prices. Particular mention is made of purchases from a business by the name of ‘Special Effects Performance’ and according to the explanation provided by the Chief Engineer “the prices are indeed higher, reason being that Special Effects Performance accommodates the MOW when it does not have funds to buy tires” The Chief Engineer sums it up saying that Special Effects Performance do not demand purchase orders and are willing to wait up to two (2) years for payment. In all caps, the Auditor General refers to this as a “blatant disregard for the appropriation law and other regulations”.

More scathing allegations are made where contracts awarded by the Ministry were paid in full on the same date they were signed and some shortly thereafter.

A special sitting of the House of Representatives was announced for this Friday, August 18, 2017 where the Auditor General’s Report will be presented.