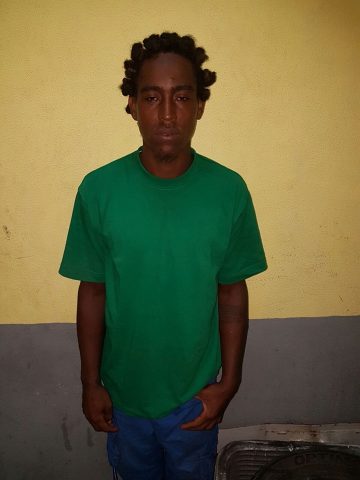 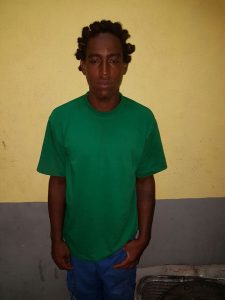 By BBN Staff:  Twenty-four-year-old murder suspect, Jevon Belizaire, is on the run after escaping police custody this morning sometime around 5:30.

Belizaire escaped from the Racoon Street police station, where he was being held. “He was allowed to use the restroom, from which he made good his escape,” according to police. No further details regarding his escape were offered.

Belizaire is accused of the murder of Ryan Thompson, 24, who was gunned down on Sunday night as he attempted to enter his home on Neal Pen Road. He died early on Monday morning.
Anyone with information regarding Belizaire’s whereabouts is asked to contact the nearest police station.