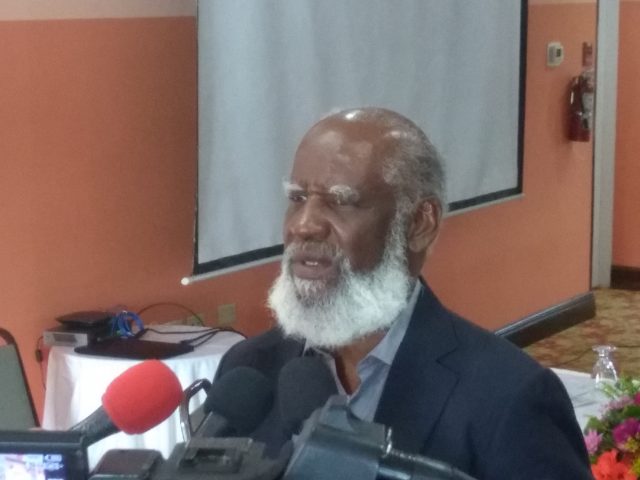 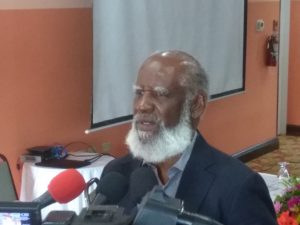 By BBN Staff: Minister of Foreign Affairs, Wilfred Elrington, said today that he is hoping to have a close relationship with whoever replaces former Guatemalan Foreign Minister, Carlos Raul Morales.

Elrington explained that he has worked well with all foreign ministers from Guatemala, including Morales, on maintaining the relations between the two countries.

“I’m hoping and praying that we’ll be able to have the same kind of relationship with whoever succeeds Carlos Raul Morales,” Elrington said.

He went on to say that he had known for some time that Morales would have left the foreign ministry, but was expecting him to be moved to the Organization of American States (OAS); however Guatemalan President Jimmy Morales dismissed his Foreign Minister for refusing to expel the Commissioner of the United Nations International Commission Against Impunity, Ivan Velasquez, from Guatemala.

He went on to say that he was grateful to Morales for the work he put in during his tenure but acknowledges that the politics at work in the situation is what ultimately got him fired. Ellington conceded that he does not know who will replace Morales, nor what bearing the sudden change will have on negotiations in settling the territorial dispute.