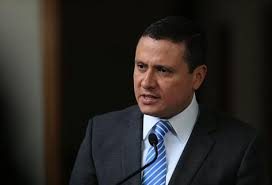 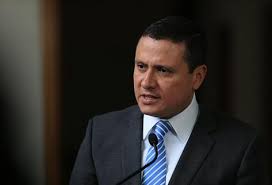 By BBN Staff: According to a report from Guatevision.com, yesterday, Guatemalan President Jimmy Morales fired Foreign Affairs Minister, Carlos Raul Morales after he failed to carry out an order to expel Ivan Velasquez from Guatemala. The report indicates that Carlos Raul refused to comply with the order and about 48 minutes after the order was posted on social media, President Morales removed Carlos Raul and named Sandra Jovel to head the Foreign Affairs Ministry.

Carlos Raul was the liaison between Belize and Guatemala for all matters involving the territorial dispute. Belize’s foreign Minister, Wilfred Elrington several times referred to him as a “friend” and several agreements were signed and agreed upon with Carlos Raul representing Guatemala.

Velasquez is the head of the Commission charged with investigating the affairs of high ranking political ministers in Guatemala. The commission recently announced that Morales could not account for $800,000 in campaign financing. https://www.breakingbelizenews.com/2017/08/27/guatemalan-president-calls-removal-anti-corruption-chief/

Morales in a video posted on his government’s social media page announced yesterday that he was declaring Velasquez a persona “non grata” and ordered his immediate expulsion. However, a state court blocked the order and protests erupted in Guatemala.

A joint embassy press release was also sent out yesterday announcing their disappointment in Morales’ decision to expel the head of the commission.