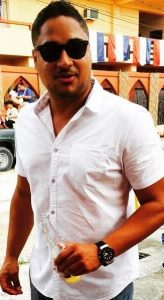 By BBN Staff: Andre Vega, son of former Minister of Lands, Gaspar Vega, has informed the Ministry of Natural Resources that he is willing to consider returning lands he was issued as compensation.

The land is situated on Mosquito Caye near Blackadore Caye, owned by Leonardo Di Caprio.

Vega received the land after the government of Belize realized that a piece of land he was sold had already been privately owned.

However, recently leaked documents have now revealed that the land sold to Vega was done so fraudulently.

The land was reportedly owned by Amy Forte, but she claimed that she never had the title for it. Additionally she claimed she never sold it.

With this revelation, Prime Minister Dean Barrow has indicated that the land issued to Vega would be taken away. However, it is left to be seen what will be done now since Vega has indicated that he has no issue in returning the property.