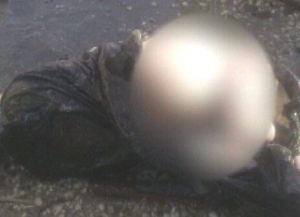 By BBN Staff: It has been more than a month since police discovered a dead child inside a plastic bag, discarded in the East Canal in Belize City. The child was reportedly found by sanitation workers who were cleaning the area.

However, to date, police have no leads.

According to Eastern Division South Commander, Senior Superintendent Marco Vidal: “There are a bit of challenges with that investigation. As you know, it is not a simple get statement and move forward; there are other things with it. As you know, there were certain items recovered from a house so we are awaiting a response in that regard. And there are other things that
need to be done for us to move forward. ”

“There have been persons of interests detained but they have to be released; we can’t hold them forever. So as the investigation continues, we can bring back those people and then once they are
brought back and we have enough, then those people will be charged,” he added.

According to Vidal, it is possible that the mother of the child may have also been detained.