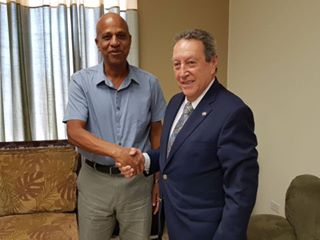 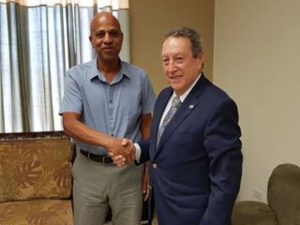 Cereza played an important role in the peace process in Central America during the 1980’s and remains active in peace matters through the ‘Esquipolas Foundation for Central American Integration’.

The former president is the present Secretary General of the Central American Integration System (SICA) which is the economic and political organization of Central American states established in February 1993.

Cerezo is in Belize to dialogue with Prime Minister Dean Barrow about the new possibilities of the Central American integration.

Today, he met with various ambassadors of SICA states in Belize.