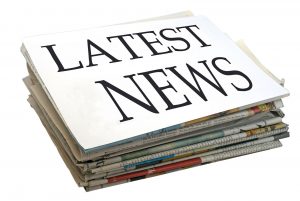 By BBN Staff: This year, September 10th will fall on Sunday and will feature the customary pomp and circumstance seen every year.

However, the Belize Council of Churches expressed its discontent with the celebration falling on Sunday. In a statement released yesterday, the council said: “While this is the date of one of our national holidays, it is primarily and foremost a Sunday, the Lord’s Day – the day of the week set aside for the majority of Christians in Belize to be in worship in their respective congregations.”

“The Council remains appalled by the fact that, despite its effort to have the parade held on a day other than Sunday, the organizers this year did not see it fit to uphold a long-held tradition and understanding between Church and State, that secular celebrations that fall on a Sunday will be observed on the Monday. This is why we have Monday holidays if the secular celebration falls on a Sunday,” the statement added.

It continued, “…the Belize Council of Churches feels that holding a secular parade on a Sunday undermines our belief as a God-fearing nation and the continued mission of the Church to assist in the nation’s efforts to combat those very ills we often decry. It also undermines the need to keep Sunday worship as an integral part of our religious tradition and heritage.”

The Council of Churches have called on Christian faithfuls to ditch the 10th celebrations and attend their worship services instead. According to the release, the Government of Belize has assured the council that this will not happen again.