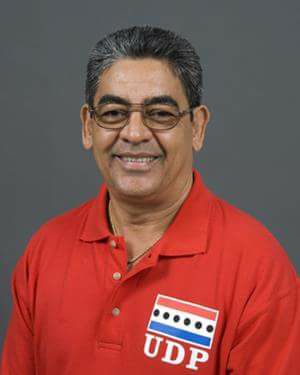 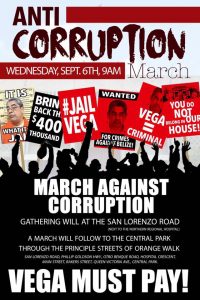 By BBN Staff: Last week, Prime Minister Dean Barrow requested an investigation against the Vega family after allegations of forgery were brought forward by Amy Forte. However, in response to other allegations of land fraud by former Lands Minister, Gaspar Vega, Barrow told the media: “…It is what it is”.

The People’s United Party (PUP) has decided to keep the pressure on the ruling United Democratic Party (UDP) government and have planned a protest for tomorrow in Orange Walk.

The Northern Caucus of the PUP will protest against the corruption of the Vega family in Orange Walk North.

According to reports, the party intends to bring supporters from all divisions to the north to stand against corruption.

The PUP has been rallying for the UDP to expel Vega from the party which would lead to a by-election.

BBN will be covering the protest and posting the latest updates.