Woman jacked at her workplace 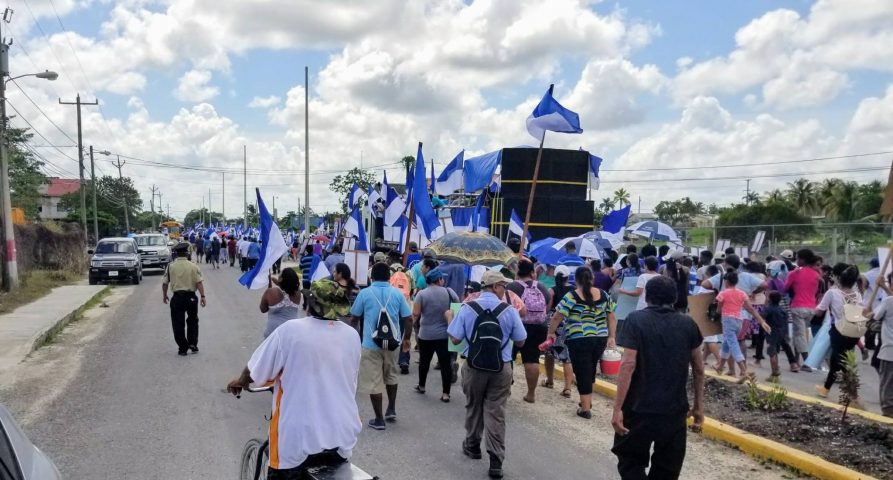 By BBN Staff: Just after noon today, protestors in Orange Walk were taking their protest to the Toll Bridge and had just arrived when they were tear gassed by police. About fifteen buses were also blocked in Orange Walk as they headed to join the other protestors in their attempt to block the bridge for an hour or two as requested by the PUP Party Leader, John Briceno.

Briceno was just about to give an interview to the Press when a number of tear gas canisters was launched at the crowd, affecting the protestors and the press alike.

Today’s protest was organized by the PUP Orange Walk North Committee and the PUP Northern Caucus, and has the support of Briceno and other divisions of the PUP. The protest takes aim at the various land scams by the Vega family and is requesting that the Prime Minister of Belize take serious action against the alleged rampant corruption orchestrated by the Gaspar Vega while he was the Lands Minister.