Is your vote secret? Derek Aikman says no!

Elodio Aragon apologizes but gives his account of Wednesday’s protest 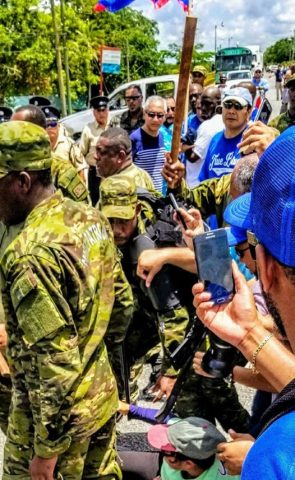 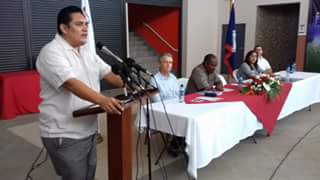 By BBN Staff: Following the mayhem on the Toll Bridge in Orange Walk Town where a journalist and PUP leaders were assaulted, Minister of State in Home Affairs, Elodio Aragon, apologized but provided his account of what transpired.

He continued, “”Immediately thereafter a group of people led by senior members of the People’s United Party including Servulo Baeza, Hon. Abelardo Mai and the Leader of the Opposition Hon. John Briceño and others arrived at the toll bridge and proceeded to block the bridge with vehicles and gathered at the northern end approach of the bridge of the Phillip Goldson Highway.”

“Police reinforcements arrived promptly and took measures to dialogue and to disperse the crowd that was illegally blocking the approach to the bridge and the free flow of traffic. Despite the efforts to get to them to disperse peacefully, members of the crowd attempted to resist the efforts of the police. The police eventually cleared both the highway and the bridge with the use of CS gas. The police apologizes to those members of the public including the members of the press who were out there about their lawful business and were affected by the measures use by the police to restore law and order and to protect the members of the public in general,” he concluded.