Witness in Daniel Sosa’s murder killed over the weekend 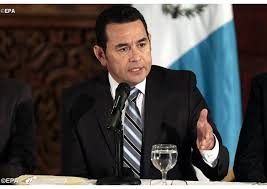 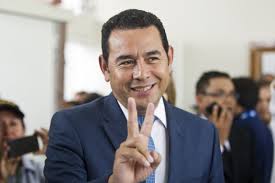 By BBN Staff: Guatemalan President Jimmy Morales will keep his immunity from prosecution in an ongoing probe into corruption by his government over unaccounted campaign financing after Guatemala’s congress voted overwhelmingly on Monday in Morales’ favor.

The vote in Congress rejected a request from Guatemala’s attorney general and the head of a United Nations anti-corruption panel, which last month described a series of violations by Mr. Morales’s party and two other parties during the 2015 election campaign.

With so many legislators embroiled in questions over campaign finance, the congressional vote not to remove the president’s immunity appeared to be a decision to close ranks against the investigation. International experts have spoken out about the decision, saying that although Morales will remain immune from prosecution, his image and reputation have been completely destroyed.

“It was a predictable decision,” said Alejandro Rodríguez, director of justice programs for Impunity Watch, a human rights organization. “Corrupt politicians are trying to prevent the country from changing.”

The vote does not halt the investigation, however, and prosecutors will continue their broader inquiry into the parties and the companies that financed their campaigns. But it prevents investigators from looking at Morales’s role directly.

Morales plunged the country into a political crisis two days after the case against his party was announced by ordering Ivan Velásquez, the head of the United Nations anti-corruption panel, expelled from the country. A professorial Colombian prosecutor, Velásquez has become a hero to many Guatemalans for his unflinching pursuit of corruption.

Two years ago, an investigation by the panel and the attorney general into a customs fraud ring led to an outpouring of citizen protest that ultimately forced President Otto Pérez Molina to resign. He is awaiting trial on a series of corruption charges.

Guatemala’s constitutional court threw out the expulsion order against Velásquez, and the whole episode severely weakened the president.