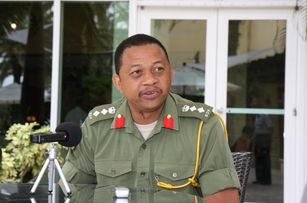 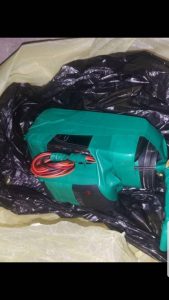 By Lisa Shoman: Brig. Gen. David Jones: “The device is well constructed. It had a capacitor; it had a sensor and a cell phone which denotes that it would have been set off remotely. So this device definitely is above the level of what we’ve seen before in Belize. It is something that can be placed at a house or in a vehicle and you can actually set it off by just dialing a number on the cell phone.”

We know we live in a country where witnesses to a murder are murdered in turn. We know about the secure sense of impunity of those who believe they are too big to fail.

A young Belizean, son, father, brother, nephew seemed to have known that only too well. It is said that he knew he was marked for death. “Gustavo Hernandez, who gave a statement and who was riding in the vehicle when Sosa was killed, came under fire which he did not survive. Hernandez’s family believes that he was targeted because of what he knew.” We now know we live in a Country where a sophisticated “apparatus which was only missing 2 pieces to become a fully usable explosive” is found.

An apparatus which apparently can be detonated with a call to a cellphone. That is a whole new level of bad. Really, really bad. And on some level, pretend what we may, we adults absolutely know how bad our Jewel has become. The kids either know or suspect. Those of us who live here full time, coat our fear in petty spectacle, mean and spiteful comments, and avid greedy hunger for public humiliation and debacle. It is our safe blood sport.

Those of you who don’t live here full time, are of two kinds. Those who coat your fear in warm, hazy nostalgia and want us to return to the hip hip hooray of your teenage yesteryear complete with bunting and Calypso Rose; and those who don’t bother to clothe your fear and predict bloodbaths, massive and entrenched corruption and believe the worst of most Belizeans.

What has been lost by ALL of us is the kind of early morning shining faith and innocence as expressed by Ray Barrow in “Dawn is a Fisherman”. What has been lost is the sense of nation-building where George Price invokes our national pride in poem, “We Unite to Build a Nation,” as Premier when he wrote “Look west, Belizean builders, see the shining mountain and the Jeweled City of Mopan, radiating Light and Love and Peace and Joy.” Our dreams like our poetry are dark, dystopian and fearful. On the cusp of our 36th Anniversary of Independence, we are bathed not in a confident glow of maturity, moving towards a bright future -no matter how much our Prime Minister tries to convince us that we are.

Rampant corruption in every government ministry, murder, mayhem, police brutality to media and citizens, impunity, nepotism, political tribalism, high fuel and living costs, low growth, extreme vulnerability to natural disasters – our crises resemble a hydra of multiple heads. And no wonder we act out like frightened teens. We are traumatized. We fear shadows. We know what shadows can do. We know what the darkness brings. And we laugh like cruel children because we can. It may be the only thing we can do, acceptable because our chief himself could not contain his laughter at the pitiful spectacle of two girls being “coronated”.

Our national celebrations themes have become Orwellian jokes – worthy of Panem and suitable for approval by President Snow of the Hunger Games fame. Where do we go from here? When do we awaken from our deep malaise, our national depression? When? How? I don’t have an answer for that, but I know it isn’t to be found in focusing on circuses and spectacle even though I too lost myself in the cruel pleasure. But find our way we must – and stone cold sober at that.