Body of man found in San Ignacio could be Dean Bennett 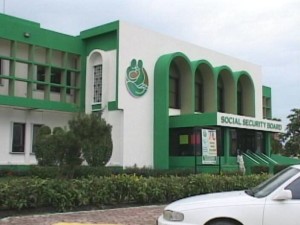 By BBN Staff: The Opposition, People’s United Party (PUP) issued a press release today stating that the recent revelation that over 80% of $458M of the Social Security Board’s (SSB) investment portfolio held in government interests is of serious concern to them and should also be of concern to all Belizeans.

The PUP says that with a thorough review of the audited and monthly financials, it becomes immediately evident that the Government is using the people’s monies to advance its political agenda.

In their release, the PUP noted that SSB’s investments are over-concentrated in government loans, statutory boards and government-controlled institutions such as the National Bank, which continues to operate at a loss.

“The government controlled BTL and BEL takes up as much as 33.5% of SSB’s investment portfolio in shares and debentures. Other investments are in the Belize Airports Authority, Belize Water Services Limited, Development Finance Corporation (DFC), as well as the Belize City Council Bonds,” the press release states.

The PUP says that it is concerned because only a year ago there was over $130M in liquid assets in the banks and today merely $25m is deposited in the commercial banks, and of this only $16m are in short term deposits.

They believe that it is a threat to contributors and beneficiaries of SSB whose payment of benefits, especially in the short and medium term, require considerable amounts of liquidity.  In addition, of the $25m about half is deposited at a single bank.

The PUP explained that while SSB plays an important role in the development of the economy, steps should be taken to limit the concentration of the portfolio with any one institution.

“This holds true with the placement of certificates of deposit with any one bank. In placing CDs the bank and its assets and liabilities should be properly analyzed. Liquidity of the investments is a foremost consideration in the implementation of an investment in accordance with actuarial recommendations, taking into consideration that the increase in reserves will arise exclusively from a decreasing share of investment income in the medium term.”

“Given the recent information on the status of the GOB’s financial situation it is alarming that so much of the monies paid by the workers and employers to the SSB could be in jeopardy. This fund is the main safety net for thousands of Belizean workers in time of sickness and old age. We call on the Social Partners represented on the Board of Directors of the SSB to ensure that the fund is not placed in a positon of undue risk,” the PUP further explained.

The release also referred to the recent statement sent out by the Belize Airports Authority (BAA) stating that a $7m loan to upgrade the Caye Caulker airstrip is expected to come from the SSB. According to the PUP, it raises further concerns for it comes on the heels of a $17m loan for the upgrading of the Municipal Airstrip which as they understand is only 65% completed.

The release ends by reiterating that the funds at the Social Security Board belong to the Belizean people. And since it is the people’s money, the PUP will remain vigilant in protecting the people’s money against the undue risks taken by the UDP for political expediency.