September Celebrations – What are we celebrating? 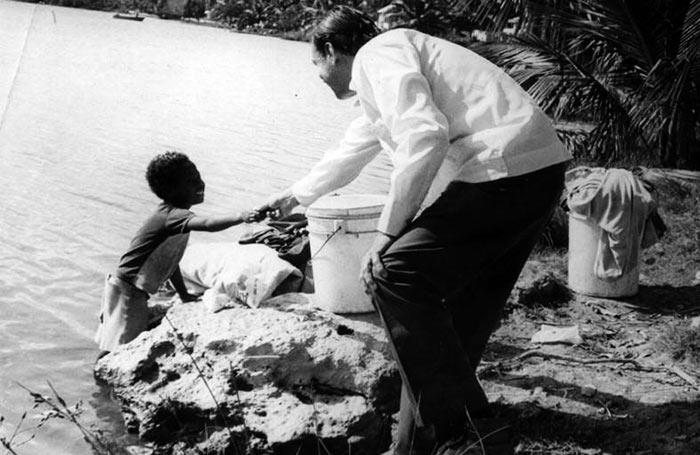 By Zoila Palma:  Tuesday, September 19, will mark the sixth year since the death of the Nation’s Father, Right Honorable George Cadle Price.

The date is set aside as National Service Day in Belize to commemorate his legendary service to Belize.

Every year, dignitaries of the People’s United Party (PUP) gather at his grave for a ceremony to commemorate his life and contributions to Belize, the land of his birth.

Price was born on January 15, 1919 in British Honduras (Belize) to William and Irene Price née Escalante.

By the age of 16, Price had aspirations to become a Jesuit priest and continued his education at Jesuit Minor Seminary at St. Augustine, Missouri U.S.A., and thereafter at the Major Seminary in Guatemala City.

Price had returned to Belize because his father had fallen ill and he found a job as secretary and translator with Belizean mahogany and chicle magnate, Robert Sidney Turton.

In 1947, Price won his first election at the Belize City Town Board.

Price led the PUP for four decades and was devoted to British Honduras’ (Belize’s) political and economic independence.

Price was elected to the colony’s Legislative Council in 1954. He also served as mayor of Belize City from 1956 to 1962.

From 1961, Price held the position as first minister and led the team that began negotiations over independence with Great Britain. He maintained that post as Premier in 1964. Price led the struggle in the fight for adult suffrage, self-government and independence.

On September 21, 1981, Belize gained its independence, and Price served as the country’s first prime minister and foreign minister until 1984 and when he won again in 1989 and served until 1993.

He is recognized as the Father of the Nation because of his life long contributions to Belize and as the leader of the Peaceful Constructive Belizean revolution.

Price passed away on September 19, 2011. The fondest memories that Belizeans carry of Price is of him driving a jeep through the villages and towns of Belize meeting and greeting every single Belizean, young and old.

The legacy of George Price remains an inspiration to Belizean children and people.

© 2017 – 2019, BreakingBelizeNews.com. This article is the copyrighted property of Breaking Belize News. Written permission must be obtained before reprint in online or print media. REPRINTING CONTENT WITHOUT PERMISSION AND/OR PAYMENT IS THEFT AND PUNISHABLE BY LAW.