78 alcaldes trained and sworn in 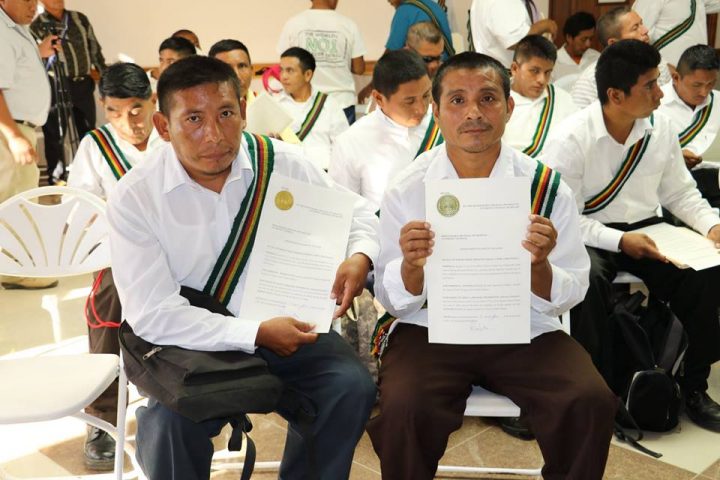 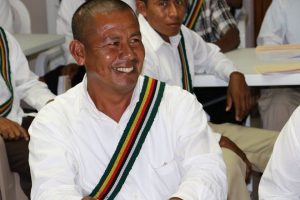 By BBN Staff: On Saturday, September 16, officials from the Attorney General’s Ministry, including the Attorney General,  Michael Peyrefitte, and the Solicitor General, Nigel Hawke, travelled to Punta Gorda Town where a sensitization training was held for the Toledo Alcaldes Association, followed by an official swearing-in ceremony for the First and Second (Deputy) Alcaldes.

Seventy-eight (78) Alcaldes and Second Alcaldes attended and completed the training, where Solicitor General Hawke, joined by Crown Counsels Agassi Finnegan and Marcia Mohabir, presented the Inferior Court Act (the guiding law for Alcaldes), discussed the powers and limitations of the Alcaldes, and presented the way that Alcalde-initiated proceedings are to occur. After the presentations from the Ministry, questions and concerns from the participants were raised and addressed.

Following the training, Peyrefitte was satisfied that the Alcaldes were fully prepared to be sworn in, and proceeded to initiate the Alcalde Oath of Allegiance and Office.

The Alcaldes were subsequently presented with their official certificate, perfecting their appointment. The ceremony was a historic one, as it marked the first time that an Attorney General performed the swearing-in.

The Ministry expressed its commitment to conducting similar training sessions with other judicial stakeholders in southern Belize to facilitate greater synergies and collaboration.

The Alcaldes conveyed their appreciation for the improved, consistent relationship with the Attorney General and the Ministry.