Social unrest in Belize – Weaknesses and lessons from Guatemala By David Ruiz. 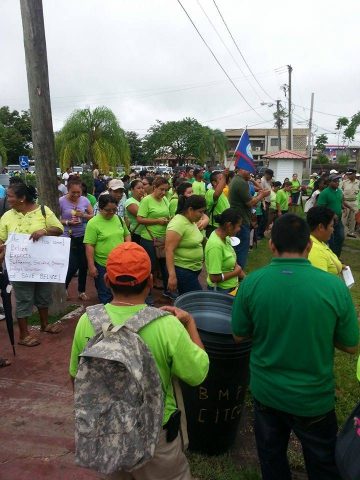 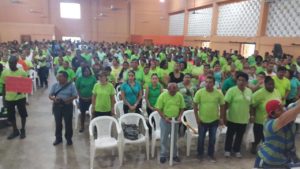 Dear Editor: This weekend, postings in social media in Guatemala went viral denouncing the decision of congress in favor of legal reform which would shield politicians from future investigations for illicit campaign financing. Hashtags have been posted from Saúl Bistro, one of the most exclusive restaurant chains in Guatemala City which have declared non-grata the 107 congressmen who voted in favour of the reform, stating “…we don’t accept people that nurture impunity”. A popular barber shop has joined in the protest stating that it will not give services to the parliamentarians. A nationwide shutdown has been called for by social activists on Wednesday of this week.

The social unrest in Guatemala makes me look at happenings in Belize and how we as a people react to situations in our own backyard. We are not an aggressive people. Nonetheless, our history is replete with stories of resistance whereby our people stood up to fight in defense of their dignity and pride. In the recent past, Belizeans have voiced their dissatisfaction in the face of certain issues, particularly those that affect our sovereignty and integrity as a nation. However, in my view, this has been done in isolated pockets. For some reason, it seems that people and groups in Belize are adept in choosing to blow their own trumpets in their own corner, and have preferred purposely to fight their own fight. It could be that some of us, out of ego, keep choosing to garner accolades by our own merits, or perhaps we are yet to discover the power that comes with working towards having a united front. This leads me to think that indeed, as a popular newspaper in Belize has it, we are still a divided people.

Last year, the Belize National Teachers’ Union spearheaded a national protest in view of several political issues which the union believed deserved attention. The teachers called for a nationwide shutdown which never happened. The BNTU waited for the support from businesses, unions, and other social entities. It never happened. The teachers were left alone to face the brunt that came as threats on salary and vacation cuts.

We keep reacting in the same way to other issues that keep surfacing day to day. Continued scandals in public affairs, the forced wind-down of the Senate hearing, the abuse against a female journalist, have brought NGO’s, the Opposition, cultural groups, the Chamber of Commerce, and even the Envoy of Women and Children to speak out. Yet these are still isolated pockets of public opinion that will dissipate into thin air, sooner than later, in the midst of bread and circus that permeates the September celebrations.

Last year, when the teachers went out on the streets to decry social issues that were at stake, they were branded for doing so for selfish motives and that they were being negligent to the profession. The fact that teachers eventually took up a shortened vacation speaks to the contrary. The demonstration for Wednesday in Guatemala will have the participation of students from all universities with the mantra: “Our classroom shall be the streets.” This is powerful.

Our teachers anticipated a national shutdown that never came. The voice was confined to the smallest of our educators who came to prove to us that they are the greatest, our elementary school teachers. Apart from a few from high schools and one or two junior colleges, our “top notch” academics were missing in action. This says much of our secondary and tertiary institutions.

Events in Belize and beyond our borders, both recent and past, should bring us to reflect on how we react as a people in the face of challenges that put at stake the process of nation building. In order to make change, we need to be of one heart, mind, and soul so that we may stop reacting in isolation to the contentment of those powers that be which know well that public opinion soon ebbs.