Gunshot victim and his attacker both hospitalized 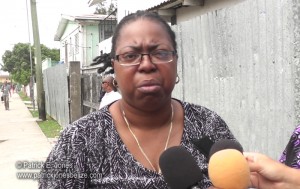 By BBN Staff: On September 1, 2017, Sharon Frazer was appointed Chief Magistrate of Belize. Her duties include the administration of the 10 Magistrate Courts countrywide.

Frazer was promoted in July to the Eastern Caribbean Supreme Court in St. Lucia. She joins Godfrey Smith who is also a judge on that court.

In 1988, Frazer entered the Public service as a Customs Officer.

She completed her LLB and CLE in 1998 and was then directed to the Magistracy Department.

Frazer served a year there then she was transferred to the office of the Director of Public Prosecution with special assignment to the Prosecution Branch. Frazer then served the DPP’s office until 2004 when she then moved to Registrar.

In 2004, she then received her appointment as Senior magistrate until her new appointment this year.