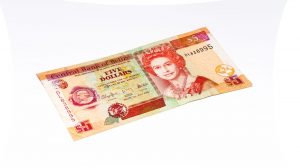 By BBN Staff: According to the International Monetary Fund’s (IMF) Article IV Consultation, Belize’s economy will be going through a challenging time in the short to medium term.

The IMF’s Executive Board for the consultation highlighted public debt, along with insufficient measures to manage that debt, low growth, and the loss of correspondent banking relationships (CBR)’s as key issues Belize’s economy must grapple with.

The IMF pointed out that, despite the successful renegotiation of the 2038 US Dollar bonds (Superbond), Belize’s public debt is still around 100 percent of the country’s Gross Domestic Product (GDP). Even with the Government of Belize’s expectation to gain four GDP percentage points through fiscal tightening as outlined in the 2017/2018 budget, the IMF said that it would not be enough to take public debt off its downward spiral.

The IMF pointed out that Belize has been making strides in improving its anti-money laundering and combating the financing of terrorism (AML/CFT) framework, which could prevent future losses of CBR’s as the country aligns itself with international best practices.

The IMF was encouraged by several of the country’s steps taken since 2016 and made several recommendations for improvement, including broadening the base for General Sales Tax, containing the wage bill by instituting civil servant reforms, strengthening fiscal supervision, maintaining restrictions on banks, and prioritizing projects to ensure that they are in line with the growth and sustainable development strategy.