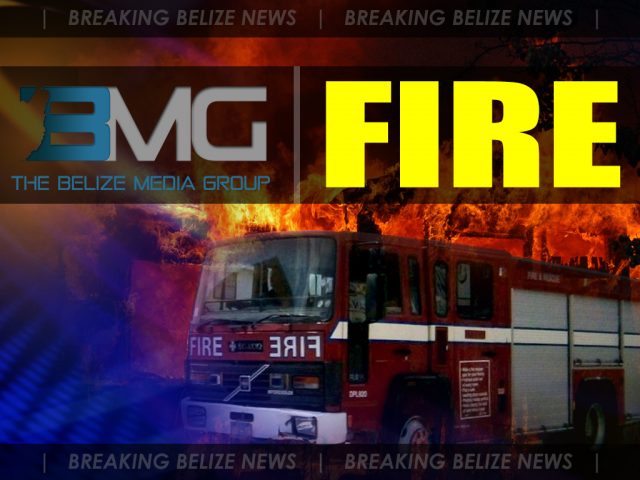 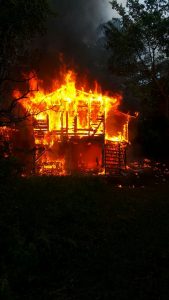 By BBN Staff: The Police and Fire departments are investigating a house fire in Burrel Boom village, Belize district after receiving reports and responding to the scene around 5:55 a.m. today.

According to police, when cops arrived on the scene, the 20 x 20 foot wooden structure was completely engulfed in flames and another nearby 10 x 10 structure also received damage to to its western portion.

Police spoke with Patty Seguro, who told investigators that her son, Byron Hyde, was living in the house but is out of town. Neighbors alerted authorities after waking up to sounds of crackling and seeing the blaze.

No-one was at home at the time of the fire and the structure reportedly does not have any electricity. Fire personnel arrived on the scene around 6:22 a.m. and extinguished the blaze. The estimated cost of damage has not yet been determined. The investigation continues.