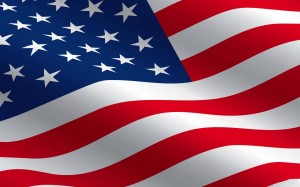 By BBN Staff: United States President Donald Trump has signed a proclamation imposing strict restrictions on travelers from eight countries, five of which were included in his previous expiring travel ban.

North Korea, Venezuela and Chad are the three new additions to the list of countries with travel restrictions imposed on them, joining Iran, Lybia, Somalia, Syria and Yemen. The presidential proclamation signed on Sunday bars the entry of certain Venezuelan government officials and their immediate families.

The changes take effect on October 18.

The announcement came the same day that Trump’s temporary ban on visitors from six Muslim-majority countries was set to expire, 90 days after it went into effect. That ban had barred citizens of Iran, Libya, Somalia, Sudan, Syria and Yemen who lacked a “credible claim of a bona fide relationship with a person or entity in the United States” from entering the U.S. Only one of those countries, Sudan, will no longer be subject to travel restrictions.

Unlike the first iteration of Trump’s travel ban, which sparked chaos at airports across the country and a flurry of legal challenges after being hastily written with little input outside the White House, officials stressed they had been working for months on the new rules, in collaboration with various agencies and in conversation with foreign governments.

The restrictions are targeted at countries that the Department of Homeland Security says fail to share sufficient information with the U.S. or haven’t taken necessary security precautions.