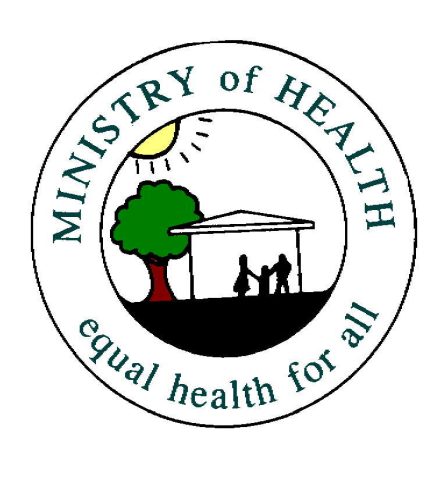 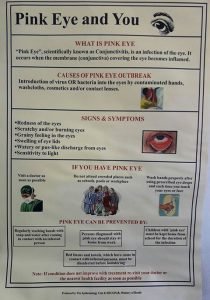 By BBN Staff: Last week, the Ministry of Health issued a release on a reported outbreak of pink eye in Belize.

Ministry of Health officials believe that this is one of the more severe outbreak cases since 2005. This is because in only three weeks, there has been 1,108 reported cases countrywide.

Dr. Ethan Gough, in an interview with the media yesterday, gave a breakdown in cases by district and advised what those infected should do.
“We got reports initially for Western Health Region so Belmopan, there was a report from a private doctor actually, he reported that he was seeing an unusual number of cases last week and that prompted an investigation and a team from the Western Health Region hospital, so the hospital here in Belmopan went out to investigate and they identified a number of cases it was about 50 cases they identified yes, from the initial report just from the Western Health Region and then I think maybe the same day or the day after that we started getting reports in from Corozal, Orange Walk, Belize City that they were also noticing an increased number of cases. Last week we also were made aware of a report from Chetumal that they have been seeing an increased number of cases of conjunctivitis as well, I think there was a news report, I think they reported about 2,200 cases in Chetumal.So overall for last week we had a total of 870 cases reported countrywide the majority of them are in Corozal, 379 cases were reported from Corozal last week and so that supports the idea that perhaps a lot of the cases we are seeing are coming from the proximity to Chetumal, the other districts that are affected Orange walk, Belize and Cayo are reporting around 160 cases or so. So Corozal is the highest reported cases so far.”

“Conjunctivitis is highly contagious, it spreads person to person very easily it is estimated from outbreaks in other countries that each individual person infected with conjunctivitis can infect between 3 and 7 additional people.”

Dr. Gough said that people with symptoms of conjunctivitis should seek medical attention, get formally diagnosed and treated. People who are experiencing itchy red eyes, and water discharge from their eyes are also asked to stay away from public places.

According to Gough, viral conjunctivitis spreads quicker than the bacterial type. Samples will be sent to Trinidad to be tested to see if it is viral.

The public is advised to wash their hands regularly and to stay away from infected persons.