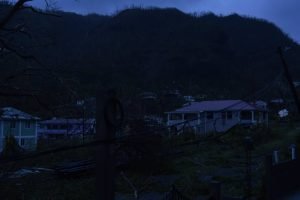 By BBN Staff: The National Garifuna Council (NGC) is asking for public support in raising funds to donate toward rebuilding and relief efforts in Dominica.

The NGC says it is disheartened about the devastation in Dominica in the aftermath of Hurricane Maria and in particular, the Kalinago community there. The NGC has pledged $1,000 from its annual Gala, which will be held on October 7.

According to the council, contributions can be deposited to Scotia Bank Belmopan branch account number: 1939304.

The Kalinago are the Indigenous people of Dominica, formerly known as Caribs. Dominica’s first people, the Kalinago, have lived in this land for many thousands of years. Presently approximately 3,000 Kalinago live in a collectively owned 3,700 acres of territory spread across 8 villages on the north-eastern coast of Dominica. Together those villages are called the Kalinago Territory. They speak the karifuna language and honor the memory of their ancestors.

Before the arrival of Christopher Columbus, the Kalinago (Caribs) were self-reliant people., they survived on fishing, hunting and farming. They were skilled craft people and made canoes from huge trees by digging them out.