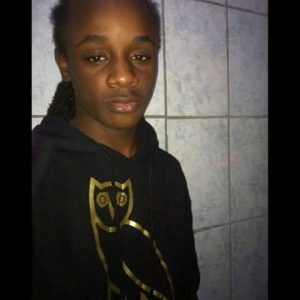 By BBN Staff: According to confirmed reports from Kelvin Usher’s family, the seventeen-year-old boy who has been missing from Sunday has been found alive.

Usher’s disappearance had triggered public outrage after he went missing and members of the family and public felt the Gang Suppression Unit (GSU) had been withholding information regarding his whereabouts. A protest was held yesterday by students, family and friends demanding answers.

The Ministry of Home Affairs also held a press brief yesterday, confirming that when the raid was carried out at Cameron Usher’s plantation, officers entered firing shots and one person ran off. Police say GSU officers fired 4 shots only while the family and residents in the area claimed to hear as many as 15 shots.

BBN understands that Kelvin is in the process of being reunited with his family and will speak with the police before the family hosts a short press brief to update the public on Kelvin’s condition and the circumstances of his disappearance.