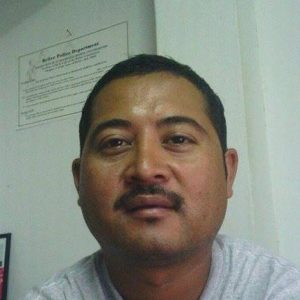 By BBN Staff: Steven Parham, 39, a police corporal attached to the San Ignacio Police Station is on bail after he allegedly refused to pay for a meal at the New Asia Restaurant in Belize City.

According to reports, Parham was in Belize City attending a training with the Gang Resistance Education and Training (GREAT) Program when he visited the restaurant and ordered the meal. After finishing his meal, Parham took out his gun at the owners and security guard and left without paying.

On Friday, Parham appeared before Magistrate Michelle Trapp where he was charged with aggravated assault and discharging a firearm in public.

Parham pled not guilty to the charges but since it is a firearm offence, he was remanded until November 22.

However, Parham’s Attorney Oscar Selgado managed to get bail for him the same day.

The bail came with some conditions. Nonetheless, Parham accepted it since he rather abide by those conditions than spend some time in prison.