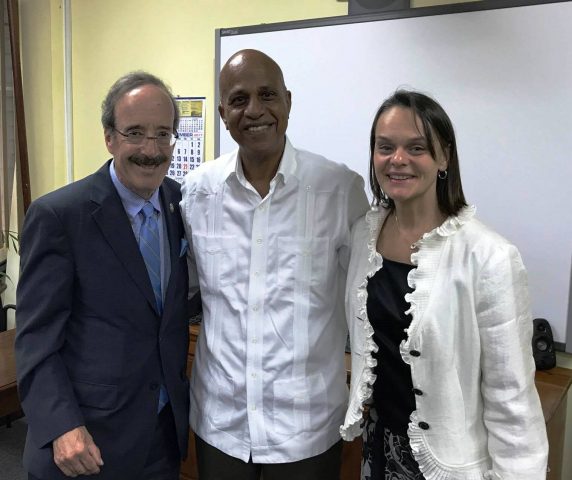 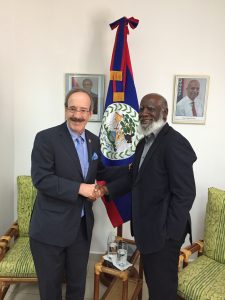 By BBN Staff: On September 15-19, 2017, Congressman Eliot Engel (D-NY), the Ranking Member on the U.S. House Foreign Affairs Committee arrived in Belize on the first official congressional delegation to Belize since it gained independence.

The delegation’s schedule featured meetings with high-ranking Belizean officials and civil society leaders to discuss U.S.-Belize relations; Belize’s role in the Caribbean region and in Central America; Belize’s border dispute with Guatemala and the Organization of American States’ role; the ties between environmental concerns and wildlife trafficking and security challenges; and human rights issues, including LGBT and women’s rights.

Congressman Engel was the author of the 2016 law that mandated the U.S. Strategy for Engagement in the Caribbean, also known as “Caribbean 2020.”

Congressman Engel ensured Belize’s inclusion in the strategy and subsequently planned this delegation to discuss and support Belize’s relationship with the United States and the issues and challenges Belize faces in the region.

In his meeting with PM Barrow, Congressman Engel emphasized his desire that the already strong relationship between the United States and Belize continue to grow.

The parliamentarians spoke about the Guatemala border dispute and planning for the referendum, the threats posed to Belize by illegal activity along the border, combating corruption, and correspondent banking.

Congressman Engel  also spoke via Skype to a conference organized by the State University of New York (SUNY) and the University of the West Indies that focused on the Caribbean 2020 strategy.

He discussed the goals of Caribbean 2020 and the importance of the United States to remain engaged in the region.

At the marine research center, they learned about the unique biological diversity of Belize’s outer reef, saw firsthand the threats to the ecosystem, and personally reviewed how WCS researchers use GPS and cooperate with local fishers to track wildlife in the area.

They were also briefed by the Belize National Coast Guard contingent stationed on Middle Caye about the maritime border and efforts to interdict illegal fishing vessels and halt wildlife trafficking.

The delegation also met one-on-one with Minister of State for Fisheries, Forestry, the Environment, Sustainable Development, and Climate Change, Omar Figueroa to discuss the work Belize is doing to protect its vital natural resources and promote environmental sustainability.

Congressman Engel welcomed the newest U.S. Peace Corps Volunteers to Belize as they start their two years of service throughout the country as health education volunteers. Recalling his personal memories of President John F. Kennedy’s establishment of the Peace Corps, he embraced the volunteers’ work as not only important for Belize, but as an embodiment of the best of the United States.