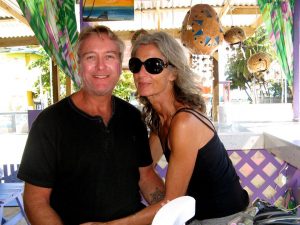 By BBN Staff: BBN reported today that the lifeless body of David Doehm was found in a room at the Princess Hotel and Casino this afternoon.

Police has confirmed that the fifty nine year old American retiree was found with a plastic bag over his head. The plastic bag had a tube that was connected to a small nitrogen tank. This form of suicide is known as the ‘suicide bag’ and is a popular form of suicide because it is painless.The inert gas prevents panic and there is no feeling of suffocation or struggling during unconsciousness.

A note was found beside his body; however, police have not revealed the contents of it.

The body was was taken to the KHMH morgue where it awaits a post mortem examination.

Police investigations revealed that he checked in alone yesterday.

Doehm and his wife Anke, was arrested and charged for ‘cruelty’ in relation to the death of their 13-year-old adopted daughter Faye Lin Cannon in July.

The Doehms were arrested in July after police began an investigation into Faye Lin’s sudden death. A post-mortem revealed that Faye Lin had been physically and sexually abused.

The parents were charged with cruelty but were given bail against advice from the Director of Public Prosecution.

The Doehms had become the subject of extreme public scrutiny following their release and had relocated from San Pedro to Belize City.