Police Commissioner back from 2 months personal and sick leave

PUP to introduce its Belize City Council slate this month 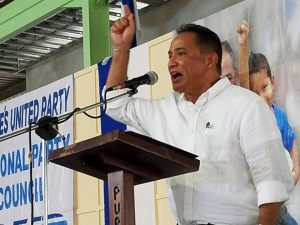 By BBN Staff: Municipal elections are less than five months away but the Opposition People’s United Party (PUP) has not yet launched a slate for Belize City. However, the party will contest the election.

When PUP Leader, John Briceno, was asked to comment on the significant delay in Belize City, he revealed that the PUP’s Deputy Leader, Cordel Hyde, was putting the team together.

According to Briceno, it won’t result in a contested convention. He assured the press that by the middle of this month the candidates would be unveiled to the public.

United Democratic Party (UDP) Mayoral Candidate, Deon Leslie, has previously told the press that it doesn’t matter who the PUP sends to challenge his team, they will, do what they have to do.