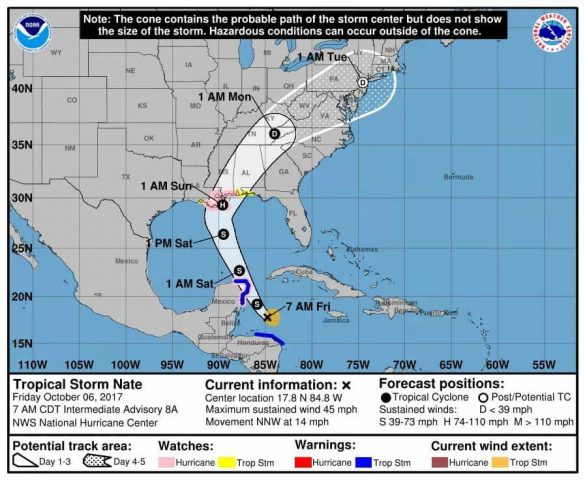 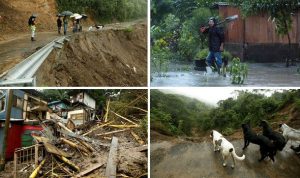 By BBN Staff: Tropical storm Nate is being closely monitored by residents in the Caribbean, Mexico and the United States.

Nate continues on its deadly path having already killed 22 people in Nicaragua and Costa Rica.

Reports from Costa Rica is that atleast 5,000 people are in emergency shelters in that country.

The Associated Press reports that about 15 people were killed in Nicaragua including a worker of their Ministry of Health who was swept away by a flooded canal.

Nicaragua had been receiving two weeks of consistent rainfall before the storm which caused major floods.

According to reports from Costa Rica, seven people are dead and 15 others are missing.