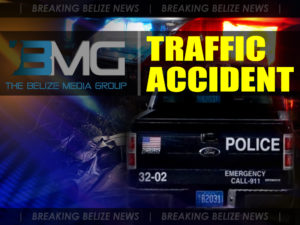 By BBN Staff: Last night around 7:27, Independence police responded to the scene of a traffic accident at mile 32 on the Southern Highway near Red Bank Junction where they saw the body of Pablo Salam,28, on the road.

Paulino Pop, 34, of San Roman Village, Stann Creek reported to police that he was driving his white Nissan pick up along with 5 others inside the vehicle pan coming from the direction of Independence Village and heading to San Roman Village when a Grey Honda Element collided to the front of his vehicle.

The Honda element was driven at the time by Wilton Morgan,53, of Elridgeville, Toledo.

Salam who was riding in the vehicle pan was thrown out during the collision.

He sustained head injuries and died on the spot.

Pop received foot injuries and was taken to the Independence Polyclinic and later transported to the KHMH.

A urine sample was obtained from Morgan and he has been served with a notice of intended prosecution.