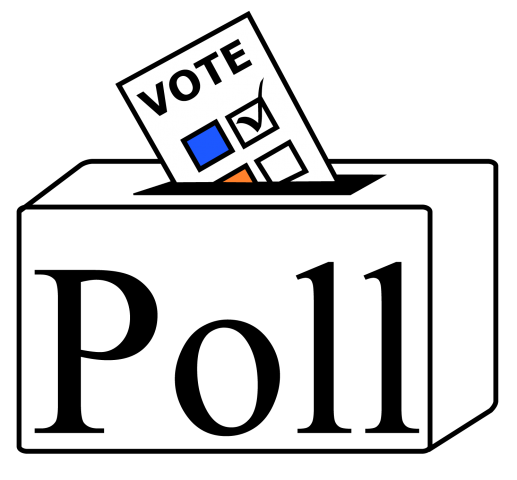 By Charles Leslie Jr: I am sure you will agree, that more Belizeans are disempowered and disenfranchised today than at any other time in post-Independent Belize.

This SYSTEM is not working.

…an expedited break down of our social structure and value-system.

Our young people – our greatest national asset and resource – are being pushed to live pointless, self-destructive lives based on the gratification of their lowest impulses.

Well, it turns out, that we can dramatically change Belize for the better, where we can all see more positive benefits within one election cycle.

We can have a SYSTEM that can easily, and equitably, liberate Belizeans: socially, economically, culturally and spiritually.

However, for us, as Belizeans, to have such a SYSTEM we must focus our energy also on the dysfunctional SYSTEM, and not only on the corrupt, greedy politicians that it produces and who maintains this perilous SYSTEM because it benefits them and their cronies at the cost of the vast majority of Belizeans.

The current SYSTEM gives politicians in office God-like powers. They are immune from the law. They now carry out acts of corruption, and they abuse the people and the people’s resources with complete impunity, and without regret or remorse…

…there is a complete lack of compassion.

Most of us ask ourselves every day: “How is it that we seem to get the most greedy and corrupt politicians in the House of Representative to lead our country? Why is it that only two political parties dominated our very existence? Where are all the great Belizeans who could truly lead us out of this abyss?”

The answer is right in front of us.

“So, what is this SYSTEM you are talking about?”

The current SYSTEM to elect those who represent us is called the First Past The Post SYSTEM, or Winner Takes All SYSTEM.

In Belize’s General Election the first-past-the-post system is used.

The country is divided into 31 constituencies, each with one Member in the House of Representatives.

People vote for who they want to represent them as their Area Representative to sit in the Belize Parliament in Belmopan.

…in Belize, they actually believe they become Gods, and the SYSTEM as it is, basically give them the power to act like it, too.

What is Proportional Representation?

Proportional Representation (PR) is an electoral system in which the distribution of seats corresponds closely with the proportion of the total votes cast for each party.

Example: why is it that the Belize Progressive Party, for example, got 2,336 votes which represent 1.65% of the total amount of voters and those people have no one to represent them?

This is because, under the FPTP voting SYSTEM, established parties have an unfair advantage over smaller ones.

The FPTP SYSTEM is what made it easy for special interests, such as Ashcroft, to literally hijack our entire economy, for it was easier to buy, own and control two political parties he knew that would dominate Belize, and thus giving him the power, through those two political parties, to dominate our economy.

If we had a PR system, that would have been significantly harder for Ashcroft to accomplish.

This can apply to just about every disastrous and detrimental policy that has ever been made by the two major political parties over the past 36 years.

With a PR system, there would have been more than two political parties in the HoR, and policies would not have been that easy to ram through…

…since, the Belizean people would have had the choice to eradicate the politicians from the HoR who were not looking out for their best interests, instead of being bullied and trampled by them…

…PR is better able to produce a truly representative legislature.

Belize faces deep societal divisions, a PR SYSTEM is needed now, more than ever, so as to have inclusion of all significant groups in the legislature for democratic consolidation.

The lack of such an inclusive SYSTEM has shown to have catastrophic results on every aspect of our society.

For Belize to succeed we must embrace having both minorities and majorities having a stake in developing our political and economic systems.

Here are more benefits of a PR SYSTEM:

There are many variations of a PR SYSTEM. Therefore, I will not spend any time pointing out which one would fit Belize, for I believe that a Constitutional Reform, where this is a major factor, should be discussed on a national and international level (so as to include Belizeans in the diaspora).

And this is significantly easier to do today with the ease of access to the internet.

“Continuous empowerment of the Belizean people should be the ultimate goal for any political party.”

My fellow Belizeans, this may sound a bit outlandish and a bit unrealistic, however, if we want change in Belize, with a SYSTEM that benefits all of us, you, we, are going to have to teach the guardians of this FAILED, FPTP, bi-partisan SYSTEM, a serious lesson…

…and I am personally calling on the many Belizeans out there who are just, completely sick and tired of this crap, to put your names on the ballot…don’t worry about not having money for a campaign, just put your name on the ballot, and the Belizean people, if you really want change, vote for those independents or alternative party members.

It is not about getting rid of the PUP or UDP, it is about changing the SYSTEM, where ALL Belizeans are empowered, not only PUPs then UDPs, then PUPs…a cycle that has spiraled us down into the pits of Dante’s Inferno.

It is about demanding a SYSTEM that will allow the best Belizeans, whether they are a PUP, UDP, BPP, independent, no P, to lead and develop this country.

When we have a multitude of different leaders, representing more and more segments of our society in the House of Representatives, then Belize will be on the road to realizing its destiny as an example to follow.

And then, and only then, will you, the Belizean people, actually have the opportunity to vote for the PERSON and not the party.

The only SYSTEM that will give us that dream is PROPORTIONAL REPRESENTATION.

Let us never forget this: The politicians in power and those waiting for their turn in this cycle of bipartisan madness, knows exactly what needs to be done, however, this SYSTEM is too sweet…it benefits them too much for them to ever change it…and they will never change it.