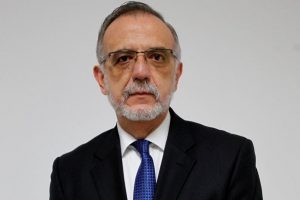 By BBN Staff: The Comission Internacional Contra La Impunidad Guatemala (CICIG) has been investigating corruption of high public and government officials in that country. It is an international commission charged with carrying out in depth and transparent investigations into serious crimes by politicians.

Guatemala’s President Jimmy Morales has made his position public against the head of the commission, Ivan Velasquez who began an investigation into the source of Morales campaign funds earlier this year.

Morales has  tried to expel Velasquez from Guatemala naming him “Persona non grata”. A Guatemalan court blocked the order to expel Velasquez and many protests erupted over the country against Morales’ decision. Velasquez has been backed by many Guatemalans as well as significant international countries and agencies.

Yesterday, however, Guatevision reported that La Hora newspaper received a letter from Guatemala’s Ministry of Foreign Affairs in which Ivan Velasquez’s official visa was revoked.

According to the letter, the reason given is that at the discretion of the Ministry of Foreign Affairs, the visa application was not made by the person competent for the purpose as has happened on previous occasions, so that his visa, granted a week ago, was revoked.

Disgraced former Vice President Roxana Baldetti has also been called for questioning by the commission and has also expressed her displeasure with Velasquez.