House of Representatives to meet on Friday 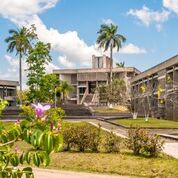 By BBN Staff: The Government of Belize press office today issued a communique informing that on Friday, October 20, 2017, there will be a sitting of the House of Representatives at the National Assembly in Belmopan.

Barrow also introduced a bill in which the Government of Belize will enshrine a moratorium on offshore oil exploration in the country.

In August, a letter circulated on social media which was addressed to Janelle Chanona, Vice President of Oceana regarding this bill. Barrow stated in the letter that, “there can be no activity related to oil exploration in Belize’s territorial sea”.

In his letter, Barrow also told Chanona that Cabinet expects to send the law to the House by October.

BBN understands that at this house sitting, this said bill will be tabled.