“We’ve got this,” says police minister 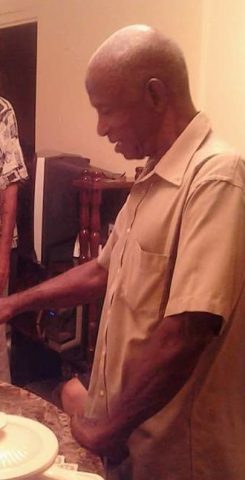 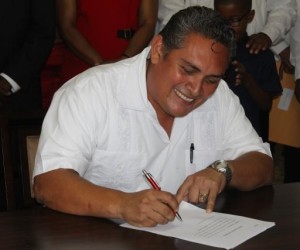 By Zoila Palma: On Thursday night, 72-year-old taxi man and activist Albert Cattouse was murdered in his car on Hicatee Street in Belize City.

Cattouse was a firebrand activist speaking out against social injustices. He was an executive member of Citizens Organized for Liberty through Action (COLA). He was killed exactly one week after he participated in a protest against recent gas hikes in Belize.

In an interview with 7News, Police Minister Elodio Aragon was quick to dismiss the idea.

“We have been looking at all these situations, all these murders that have been taking place. I know for this week we have had 3 murders thus far in Belize City and I want to reassure the public that the police is looking in the situation. We know what is triggering these things and we are working on it. I know that the first 2 murders we had, for instance, we know they are drug related. This third murder we had this week in terms of the Albert Cattouse is still under investigation.”

When asked about allegations that it may have been a political hit, Aragon flatly denied. “None at all. That is an outrageous allegation and I want you all to know from the police side of things we are looking at it. We have certain information in regards to what transpired out there, but that investigation is still ongoing and it had nothing to do with who Mr. Albert Cattouse is,” he said.

Belize Leaders for Social Justice are offering a reward of $5,000 for information leading to the arrest and conviction of the culprit/s.