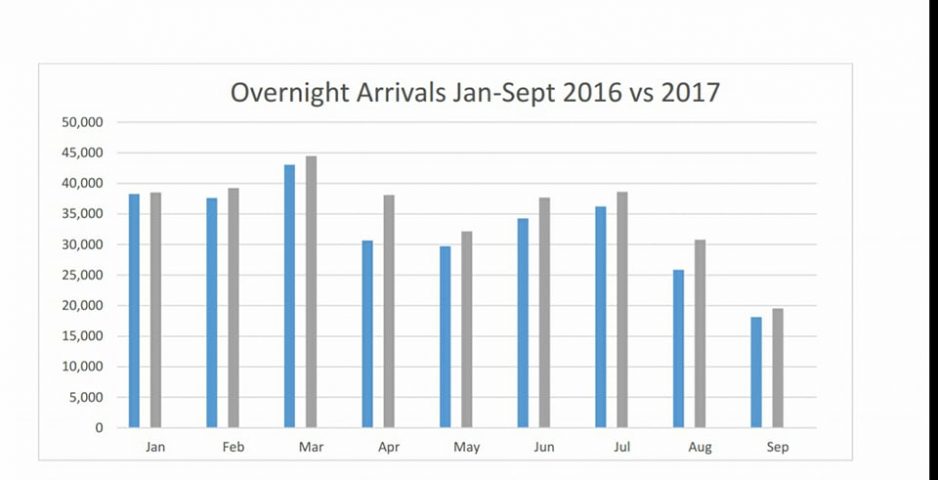 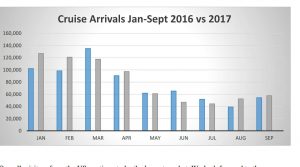 By BBN Staff: According to a release issued today by the Belize Tourism Board (BTB), for the first 9 months of 2017, the tourism arrivals continue to show a positive trend.The latest statistics show there was a 7.9% increase in overnight arrivals in the month of September, representing an increase of over 1,400 visitors.

The report indicates that in September 2017, arrivals through the International Airport increased only slightly, as the number of incoming flights were impacted by the threat of storms in the region in the early part of the month. An increase in the arrival of visitors through land borders in northern and western Belize assisted in these gains during September.

The cumulative overnight arrival increase was 8.6% through the first 9 months of the year.

For third quarter comparisons to 2016 reflect a 10.9% increase in overnight arrivals.  Despite this quarter being the traditional low season; with increasing growth; this is testament to Belize continuing to emerge as the go to Curious Place destination.

Cruise arrivals were a total of 57,719 for the month of September which resulted in a 5.8 % increase from the previous year.

These numbers reflect visitors arriving to both Belize City and Harvest Caye Ports. Overall there has been a 3.7% increase in total cruise passenger arrivals through the first 9 months of the year and a 6.1% third quarter increase when compared to 2016.

Overall, visitors from the US continue to be the largest market.

The BTB says that it looks forward to the continuing increase in arrivals for the remainder of 2017, which it is anticipated with the new WestJet route that will commence on November 3rd, 2017 between Belize and Calgary and the upcoming Air Canada route from Toronto in December 2017; coupled with the vigorous marketing activities of both the BTB and its valued stakeholders.