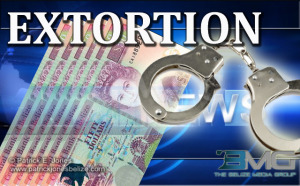 By BBN Staff: On Tuesday, two police officers attached to the San Ignacio Police Station appeared before the San Ignacio Magistrate’s Court to answer to charges of extortion.

The resident reported to authorities that he was arrested by San Ignacio Police Officers for harm.

While he was in custody, he  was approached by both officers who informed him that he would be charged for harm unless he pay them $100.00.

The man reportedly became fearful and asked one of the officers to take him home where he got $90 and gave it to the officer along with a $10 bill he had when he was arrested.

The man was then released from custody.

He then made a report to the Professional Standards Branch and an investigation was carried out into the incident.

Elijio and Castillo were charged criminally for “extortion” and also placed on disciplinary charges for soliciting a bribe and act to the prejudice of good order and discipline.

Both officers appeared in the San Ignacio Town Magistrate Court where they pled not guilty to the charges.