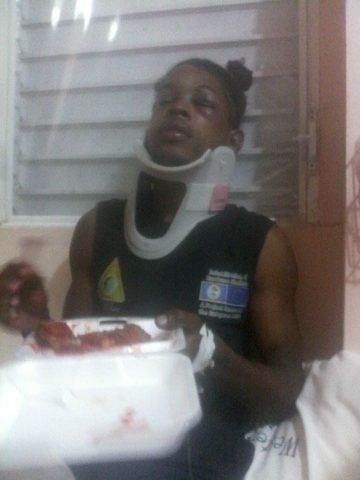 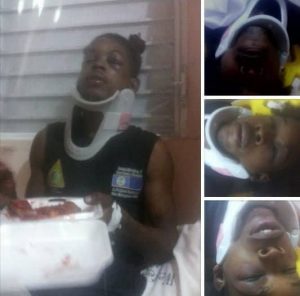 The mother told us that a fellow villager informed her this evening that her 21 year old son was being transported via ambulance to the Western Regional Hospital in Belmopan.

The mother alleges that her son, more popularly known as ‘Tray’, was arrested by San Ignacio police last night, taken to the police station and allegedly beaten up by police officers from the San Ignacio formation. According to the mother the young man was left in the cell for a few hours then taken to the San Ignacio Hospital around 1:00 this morning.

The young man’s condition began to deteriorate therefore he was transferred earlier today via ambulance to the Western Regional Hospital.

The irate mom told BBN that the police didn’t even inform her that her son was detained and taken to the San Ignacio Hospital. According to her, the doctor has ordered for a CT scan to be done tomorrow morning since they believe that his neck is fractured and it comes at a cost of $380 that she must pay up front.

The broken down mother told BBN that her daughter was brutally murdered recently and now she and her family have to experience this horrific ordeal at the hands of police officers.

The mother told BBN that she will be seeking legal action.