Dean Barrow is not ‘the’ problem 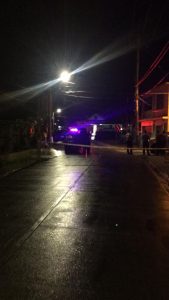 By BBN Staff:  Just before 7 p.m. tonight, there was a shooting reported at #48 New Road in Belize City.

A grandmother and her grand daughter were both shot by a gunman on foot.

The grandmother was shot in her hand and has since been treated and released from the hospital while her grand daughter who was shot in her stomach remains hospitalized.

Police have since detained six teenagers from #103 New Road and 4 men from #48 New Road.

The target of the shooting as we understand is Leon Garcia, a prominent street figure.