The History of El Cayo and Benque

History and Economy of San Ignacio and Santa Elena 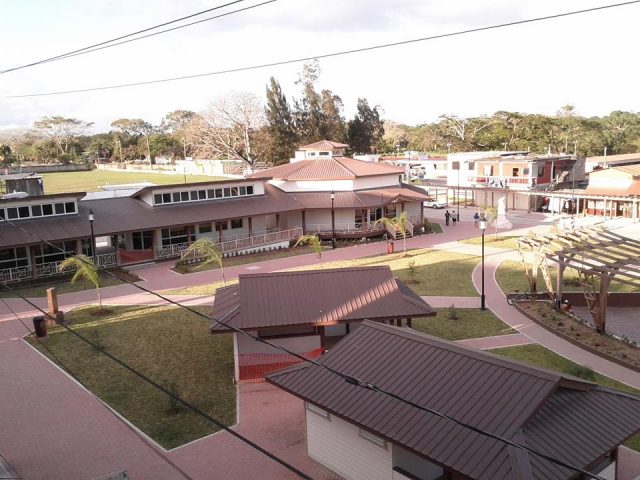 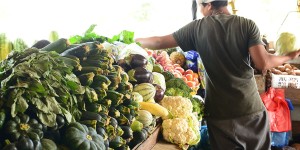 By Hugh O’Brien: On October 19th the twin towns of San Ignacio and Santa Elena celebrated its 113th birthday. A reflection of the twin towns history with information provided by Don. Hector Silva and the local economy is in order as residents and businesses continue to transform this western haven.

In the 1800’s the twin towns of San Ignacio and Santa Elena was a ‘Baccadier’, or a place where logs were dumped in the river for transportation to the Port in Belize City. Later it became a logging camp where workers settled and built their living quarters, transforming the area into a village named San Ignacio by Father Andrew Bavastro S. J., a Catholic priest, in 1870. The main activity of the village was to unload logs which were brought from the forest, marked with the name of the contractor and rolled into the river during the rainy season floods.

In the early days, supplies were brought by mule-packs but were later transported by pit-pans (large canoes) and eventually by river steam boats (also called Cayo boats). It took approximately four days to travel from the then El Cayo to Belize City. The boats brought dried goods and canned foods from Belize City and took back fresh bananas, fruits, vegetables, livestock and wild game on their return. Logwood and mahogany-cutting were the main economic activities at the time. The main industry was “chicle”, the milky sap of the sapodilla tree, which was exported and used to make chewing gum. The construction of the Hawksworth Bridge in 1949 brought immense economic development to the twin towns and as trade with Belize City and Guatemala grew, San Ignacio and Santa Elena became the center of commerce in the Cayo District.

During its early existence, the economy of San Ignacio and Santa Elena was driven mostly by forestry and agriculture. Forestry now plays a minor role and the importance of agriculture has dwindled significantly. Engagement in agriculture is now reduced to 19% of households and together, agriculture and forestry account for 17% of total employment. While agriculture output may continue to grow slowly in absolute value, its relative contribution to the local economy will continue to remain low as the value of manufacturing, and moreso the services sector, expand at a faster pace.

The services sector is now the main driver of the local economy. In fact, because of its strategic location, SISE has become the hub of retail business, tourism including hotels and restaurants, banking and other supportive industries, enabling the services sector to contribute almost 70% of total employment. The manufacturing sector, whilst more developed in the Cayo District than in the rest of the country, only accounts for about 15.9% of employment in the area. The twin towns are also the first stop on the west-east corridor of Belize from the border, which is the busiest route in Belize for the movement of workers, passengers, goods and services. This allows for various allied industries to thrive, including vehicle repair and maintenance shops, vehicle parts, insurance agencies, gas stations etc.

Because San Ignacio/Santa Elena is the commercial hub in Western Belize, several financial institutions including banks, credit unions, and other money lending agencies have flourished in the vicinity. For its size, the town has a high density of gas service stations, and a number of wholesale outlets doing import trade, with products ranging from groceries to cement, have become established within town limits.

Access to various mayan archeological temples, natural caves, waterfalls, other karst features and forest attractions in the Cayo District have enabled tourism to become a major economic force in the area. Retail shops, restaurants, hotels, artisan shops, taxi and tour guide services have blossomed in response to the growing tourism activity, and the area has also benefited from its proximity to other touristic attractions in the archeological site of Tikal and the town of Flores in Guatemala.

The proximity of San Ignacio to Belize Government headquarters in Belmopan also allows San Ignacio and Santa Elena to benefit from employment and government business. Within the last decade, the tourism infrastructure of the twin towns received significant input from government’s loan programme, particularly with the Inter-American Development Bank (IDB) and the World Bank. More recently, government launched an aggressive infrastructure development programme focusing on the construction of roads, drains, bridges and sporting facilities using concessionary financing from the PetroCaribe Programme.