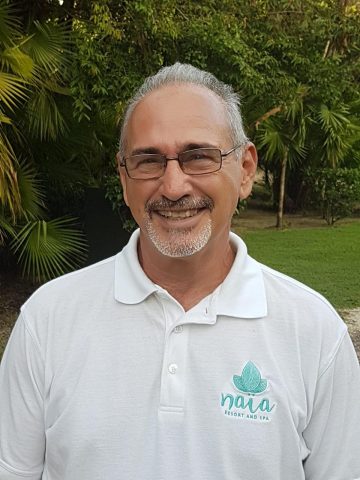 By BBN Staff:  Stewart Krohn, founder of Great Belize Productions and Channel 5, tourism stakeholder and hotelier; was recently featured in a Forbes magazine article contributed by accomplished travel writer, Sophie Friedman.The article chronicles Krohn’s journey from law-school dropout in Detroit, Michigan to becoming a hotel partner in beautiful Placencia, Belize; calling him “a modern-day Renaissance man”. Krohn, who is well-known to many in Belize, chronicles his time as a tennis pro, a magazine publisher, TV producer, real estate developer and hotelier.

Krohn recalls how he ended up settling down in Belize, sharing that he had started attending law-school in Michigan in 1972 when half-way through his studies he was invited to Belize by a friend. According to Krohn, his friend owned a 50-foot sailboat and told him if he could find his way to Belize, the rest of the vacation would be on him [his friend]. Krohn says he eventually bought a ticket to Belize, leaving snowy Michigan behind for a week of “fabulous diving, fishing, the whole bit” on the Caribbean sea. Toward the end of his trip, his friend explained that his first-mate was leaving and asked Krohn if he wanted the job, to which Krohn agreed, expecting it would last about a semester of class-time. “One semester turned into a 44-year leave of absence,” Krohn said of his decision to remain in Belize.

Krohn later got a job as a tennis pro in Belize City but recounted an incident in which a kid in his tennis class hit a ball through a neighbor’s window and broke it. Krohn says he went to sort it out with the owner, and later learned the family’s father published a magazine to promote his real-estate business. Krohn agreed to write for the publication and said he’d be sent out to do “puff pieces which were still legitimate features”, writing about “the great potential of the country”.

Later Krohn started his own magazine, which ran for about five years before investing in production equipment to start making commercials and features. Krohn explained that getting a broadcast license took him eight years, as TV was still relatively new in the country and there were no laws regarding broadcasting. After establishing the TV station, Krohn says he began investing in real-estate in Placencia and began slowly developing the property on the weekends.

Krohn and his partners later moved on from the TV station and he moved to Placencia full-time in 2008 but said starting a hotel was never the plan. “We built Naïa because a residential community needs a social core. I thought we would do a really small, 16-room, high end boutique hotel; we now have 35 rooms,” Krohn said of his latest endeavor. He said he now enjoys his days working on the hotel in the popular tourist destination. “I like physical work, I like the outdoor part of it. If I sit at my computer for more than an hour, I’m in trouble, both physically and mentally. I like variation,” Krohn said.