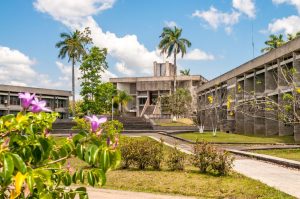 By BBN Staff:The Misuse of Drug Amendment Bill was presented to the Senate today. Senator Aldo Salazar supported the bill explaining that negative effects of marijuana stems from habitual abuse.

Salazar compared it to the abuses of alcohol and food, which both can have negative effects on people’s health.

Salazar cited Colorado for the decriminalization of marijuana, which shows that the use of marijuana has actually declined since legalization. He further explained that alcohol is 114 times more toxic than marijuana but that it is legal.

Senator Salazar further explained that it is not fair to suggest that marijuana will lead to psychosis or schizophrenia.

NGO Senator Osmany Salas, however, explained that many countries have decriminalized marijuana but in quantities ranging from 2 to 5 grams and questioned why GOB extended the recommended amount to 10 grams.

Salas explained that it is crucial for senators to understand the effects from counselors and school teachers.

Salas referred to the fact that countries decriminalized marijuana but provided counselors for their youth in cases of drug abuse. Salas elaborated that Belize does not have adequate rehab facilities to deal with the issues that decriminalization may have on the Belizean society.

Salas explained that he consulted with professional counselors and said that Belize needs adequate training to be made available to Belizeans.

“Who will supply the cannabis and where will it come from?” Salas questioned.