Star in my community-Audrey Matura 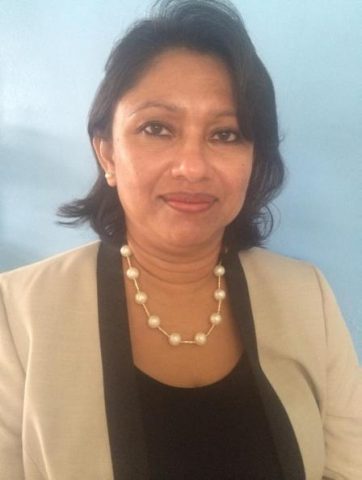 Audrey Matura, is an attorney at law and a community activist who uses law, community work, and the media to address issues on social justice and human rights in Belize. She is currently practicing law through her firm Matura & Co. where she represents myriads of clients in various areas of law.

Matura began her career as a journalist in 1990, working in radio, television and print. She remained involved in her media work despite her change in career by doing a weekly television talk show “Power of Attorney” now out of commission and many other radio and television shows on legal issues. Likewise to date, she has a weekly newspaper column “Right to the Point”, in the Amandala Newspaper, which is circulated across the country including major US cities where Belizeans reside.

In her new career as attorney-at-law, she first worked as criminal prosecutor at the office of the Director of Public Prosecution where she did mostly murder and sexual offence cases throughout the country.

Thereafter, she worked as the director of the Legal Advice & Services Centre, which provides low cost legal services to low-income Belizeans.

She then took on the monumental task of setting up Oceana, an environmental advocacy Non-Governmental Organization and for the first time brought awareness to the people of Belize that oil concession had been issued over the entire country including all marine protected areas and over the historic Belize Barrier Reef. She led a legal challenge on the validity of these contracts and won this historic case.

At the same time, she led a first of its kind People’s Referendum after the government refused to hold a legitimate referendum under the laws of Belize.

Prior to her legal career, she did a brief stint in politics, when she served as a Senator from 1998 to 2000 as Leader of the Opposition in the Senate for the United Democratic Party. She was very instrumental in bringing much attention to legislations being passed in the House of Representatives.

Matura was also a part-time lecturer at the UWI Open Campus where she lectured in Criminal Law, Law Office Management amongst other legal subjects. Audrey Matura has two sons and a daughter. She is a native of Corozal Town where she spent her childhood before moving to  Belize City to attend Pallotti High School, SJC Sixth Form and the University College of Belize. She is a graduate of the University of The West Indies, University of Guyana, and Norman Manley Law School in Jamaica.

Matura remains a community activist and a voice on many social issues across the country. She is very vocal against corruption and poor governance in the country of Belize.

Join us in congratulating Matura for being a star in the community!