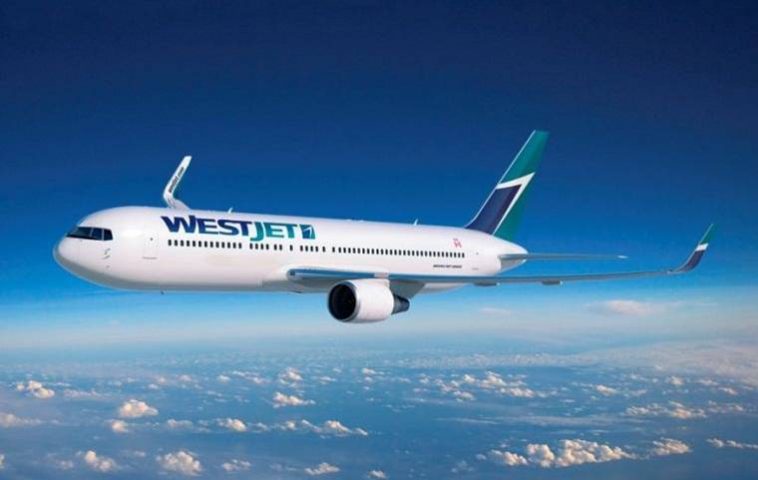 By BBN Staff: A brief inaugural ceremony was held at the Departure Lounge of the Philip Goldson International Airport last Friday to commemorate WestJet’s new non-stop weekly service between Calgary, Canada and Belize.

According to WestJet, the service is part of the airline’s seasonal schedule for the winter of 2017-18.

The ceremony was attended by representatives of the Belize Hotel Association, senior staff of the Belize Airport Concession Company (BACC), the Canadian Consulate to Belize and the Belize Tourism Board (BTB) among others.

In his address, Heredia said, “The importance of the Canadian market for Belize can certainly not be overstated in terms of the overall economic impact it has on Belize’s Tourism Industry.”

He pointed out that “Canadian arrivals to Belize accounted for 6% of total overnight arrivals in Belize in 2016. That percentage share is expected to rise this year with the increased traffic from the direct flights from Canada to Belize introduced in the latter part of last year and, of course, with the start of this new flight.”

Most Canadians prefer to travel to Belize to enjoy the tropical weather that Belize has to offer. But they also enjoy the warm hospitality of all Belizeans and the country’s awesome culture and excellent cuisine and attractions.

According to BTB’s Director of Tourism, Karen Bevans, the new flight “will help with the different areas such as Vancouver and the others that were unable to get a direct connection into Toronto so this makes it much more convenient for a large market in Canada and to open up the opportunities for Belize even more.”

“We expect that the size of the Canadian market will only continue to increase and hopefully we can expect at least 10% of our arrivals with the addition of this flight,” Bevans said.

She added: “As we heard the Honorary Consul mention more and more students are now approaching him about the Canadian market or schools in Canada and that population has grown and we expect that to happen even more because this gives more accessibility, cheaper cost, so it does create more opportunity for our Belizean people.”

WestJet inaugurated its first flight from Toronto, Canada to Belize in 2016.

The new WestJet service to Belize from Calgary, therefore, represents a resounding confirmation that Belize continues to be a growing, viable and a must-visit destination in Central America and the Caribbean, according to the BTB.