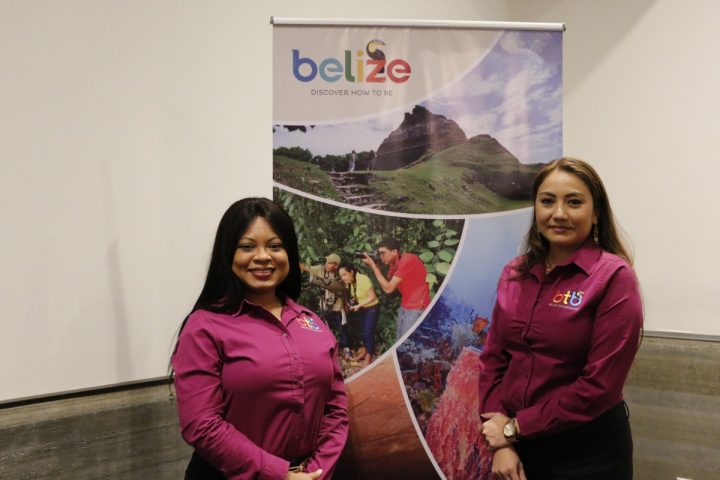 The Belize Tourism Board (BTB) is actively trying to boost the number of Canadian tourists visiting Belize through trade show activities held in Canadian cities this week.

Representatives from the BTB visited Calgary on November 7 and Toronto on November 9, showcasing various tourism products that Belize has to offer Canadian travelers.

Deborah Gilharry, senior travel trade officer at the Belize Tourism Board, told PAX news in Canada, that the BTB has an ambitious target of doubling the amount of Canadian visitors to Belize.

“In 2016, 298,157 travelers came to Belize, and about six percent of those numbers were from Canada, and we hope that with the new flights from Calgary and Toronto we can increase that number to 10 to 12 percent,” Gillharry said.

The trade show forms a part of a larger push for an expansion of the Canadian market, which began several years ago. At the end of October, West Jet began offering new flights to Belize, with Air Canada’s non-stop flights due in mid-December.

Gillharry said that the BTB is confident that the increased accessibility to Belize, will attract even more Canadian tourists.