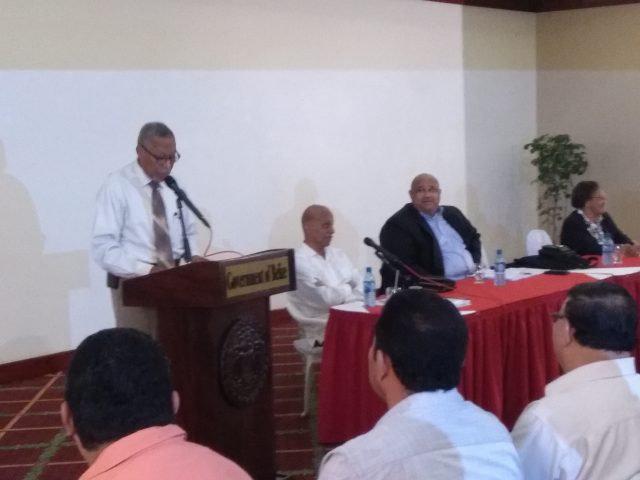 By BBN Staff:  Prime Minister Dean Barrow held an almost two hour press conference today to say that he will wait until the Belize Bank has filed the necessary paper work before he takes the $90 million Universal Health Services payment motion to Cabinet.

Barrow, following background testimonials from Godwin Hulse and Carla Barnett, said that the Bank needs to obtain a certificate from the Supreme Court withing 21 days of the ruling, putting the deadline at December 13. At that time, he will take the motion to Cabinet, where the ministers will be asked to vote their conscience.

Barrow noted that he does not know how the ministers will vote, but said that if ministers vote against the motion, the CCJ cannot take any recourse against GOB because its power does not supercede that of the Constitution of Belize.

He also said that for as long as the debt is not paid, the interest will continue to stack up against GOB, but he feels that will not be of any use to the Belize Bank, as long as parliament does not vote to satisfy the debt.