PM Barrow lashes back at Chamber

Ambassador of Japan to Belize presents credentials to Governor General 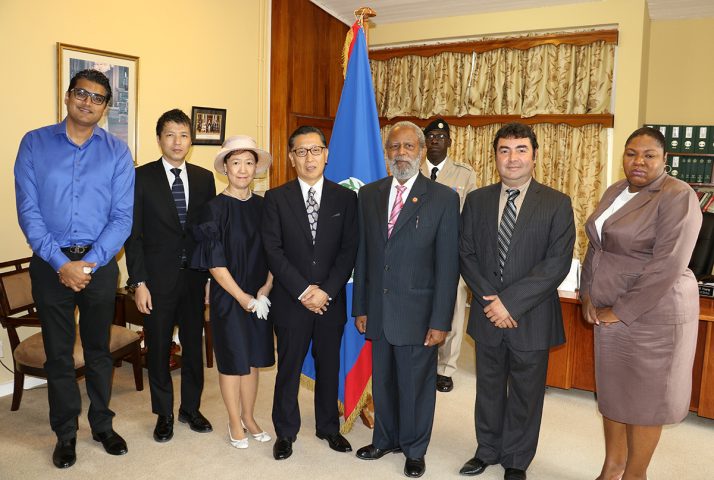 By BBN Staff: The Ambassador of Japan to Belize H.E. Hiromasa Yamazaki presented his credentials today to the Governor General of Belize H.E. Sir Colville Young at the Belize House in Belmopan.

According to a release from the Government of Belize Press Office, Ambassador Yamazaki said that it is his hope that cordial relations and goodwill be promoted between Belize and Japan during his time as ambassador.

The Ambassador further added that he will continue the tradition of partnership and enhance the mutual understanding and beneficial cooperation and friendship between the two countries.

The Governor General graciously received the Ambassador’s Letters of Credence and welcomed him and his wife to Belize.