Belize Police gets Fingerprint ID system donation from US Embassy 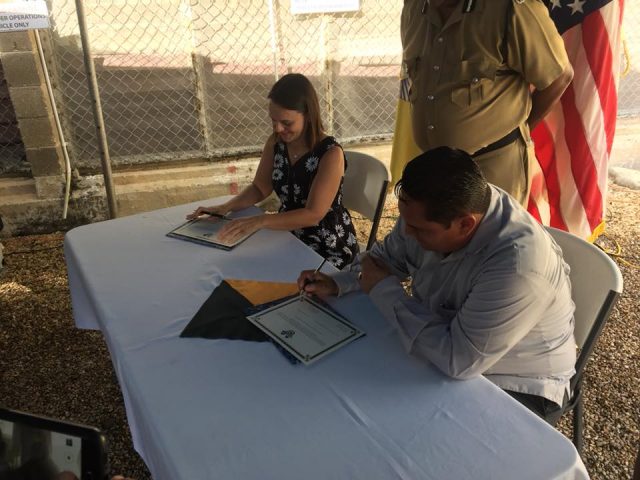 The handing over ceremony was held at the Belmopan Police Headquarters and receiving the equipment on behalf of the Government of Belize were Minister of State in the Ministry of Home Affairs, Elodio Aragon and Commissioner of Police, Allen Whylie.

Adrienne Galanek, US Embassy’s Charge d Affairs explained that two sessions were conducted at the Police Academy to train officers how to maintain the equipment.

Commissioner of Police Whylie stated that all districts in Belize have a system and all of them are linked to a central database in Belmopan which will allow for realtime-lifting and entering of fingerprints.

“Scene of Crime Officers who are in the districts who operate the system would then be able to search the central database to see if there are any hits or matches,” Whylie said.

Aragon thanked the US Embassy for their generous donation and said that it will ensure rapid and timely fingerprint searches, increase the detection of criminals, and greatly improve evidence in court, resulting in more convictions.