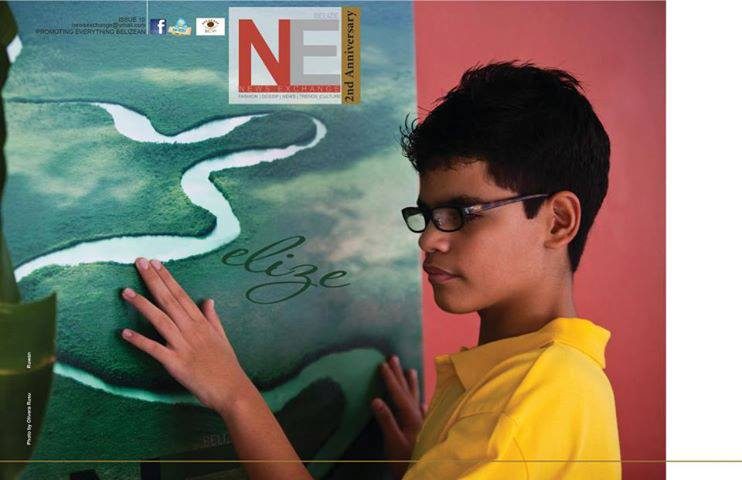 By BBN Staff: This morning, the Caribbean Tourism Organization announced that Belizean, Rowan Garel won the title of Caribbean Adventure Ambassador of the Year for 2017 with 1,975 votes.

Garel was born blind but that adversity has not been an obstacle in his life, much less hindering him from undertaking extraordinary feats. He is the only visually impaired person to ever climb Victoria Peak, Belize’s second highest mountain standing at over 3,000 ft. above sea level.

Garel trekked 74.7 miles from Belize’s western border to Belize City in five long, gruelling days under the sweltering sun and dived the Great Blue Hole of Belize, a world-class destination for recreational scuba divers which is 410 feet deep. By all paradigms, these are amazing and record-breaking achievements.

However, far from seeking popularity, Garel has undertaken these formidable tasks propelled only by his passion to serve and raise funds for needy children in Belize. His efforts have been exclusively for an exceptional cause and his fervidness for exploring the natural beauty of Belize and its many adventures.

His efforts have been dedicated exclusively to raising funds for the Belize Council for Visually Impaired (BCVI).

This has not only increased public awareness of the services offered by BCVI, but the organization has also been able to expand its services to visually impaired people throughout the country of Belize.